Stomach cancer is cancer that occurs in the stomach — the muscular sac located in the upper middle of your abdomen, just below your ribs.

Your stomach is responsible for receiving and holding the food you eat and then helping to break down and digest it. Another term for stomach cancer is gastric cancer. These two terms most often refer to stomach cancer that begins in the mucus-producing cells on the inside lining of the stomach (adenocarcinoma). Adenocarcinoma is the most common type of stomach cancer. Stomach cancer is uncommon in the United States, and the number of people diagnosed with the disease each year is declining. Stomach cancer is much more common in other areas of the world, particularly Japan.

Doctors aren’t sure what causes stomach cancer. There is a strong correlation between a diet high in smoked, salted and pickled foods and stomach cancer. As the use of refrigeration for preserving foods has increased around the world, the rates of stomach cancer have declined.

In general, cancer begins when an error (mutation) occurs in a cell’s DNA. The mutation causes the cell to grow and divide at a rapid rate and to continue living when normal cells would die. The accumulating cancerous cells form a tumor that can invade nearby structures. And cancer cells can break off from the tumor to spread throughout the body.

Because the other types of stomach cancer are rare, when people use the term “stomach cancer” they generally are referring to adenocarcinoma.

Factors that increase your risk of stomach cancer include:

One thought on “Stomach Cancer” 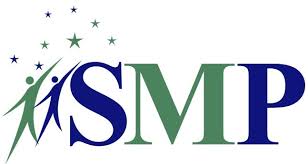 The Day You Went Away – M2m Lyrics & Listen.